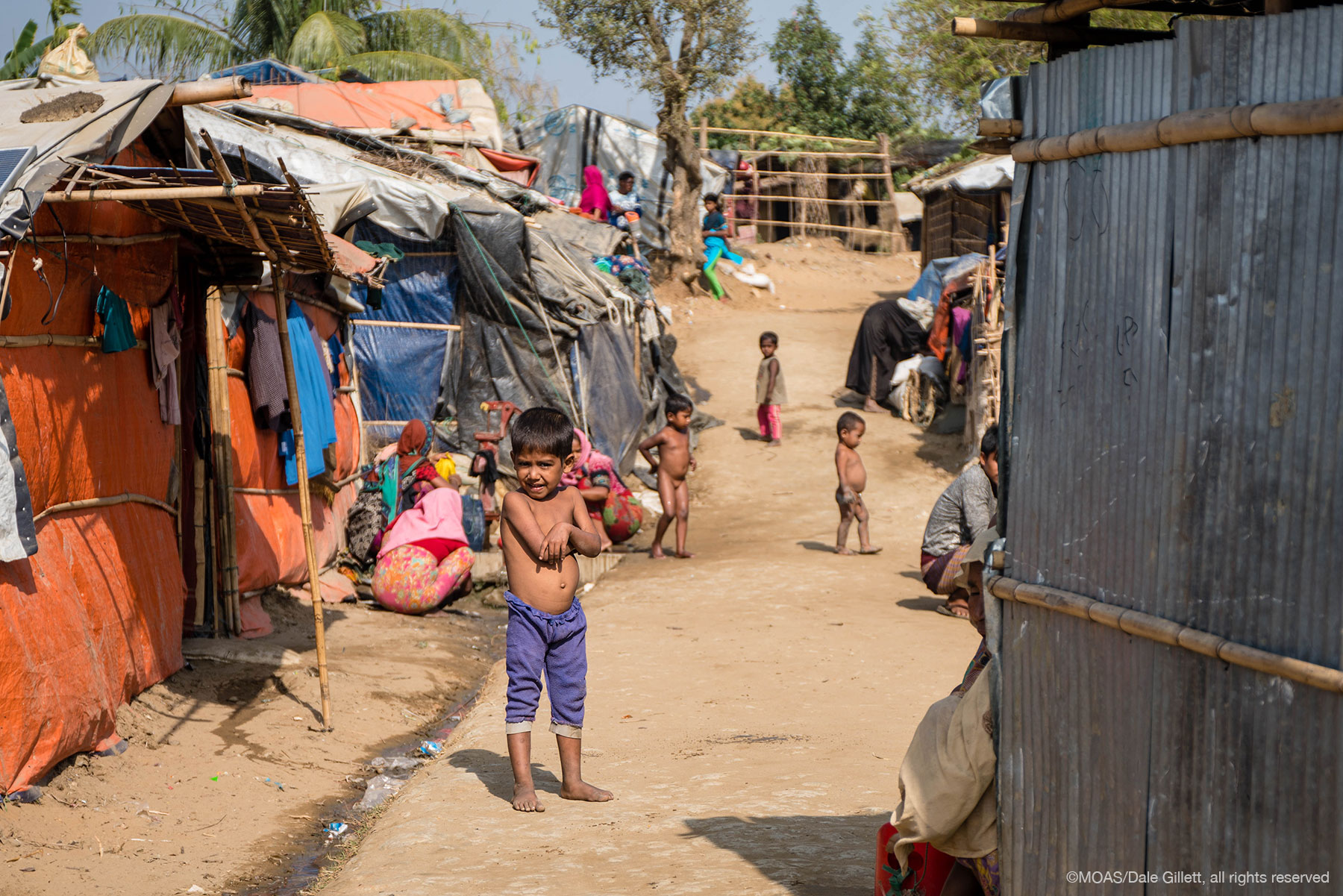 It is difficult to fully predict the consequences of the 9-month humanitarian crisis affecting the Rohingya community, above all because the current emergency approach doesn’t allow a long-term vision which would help to have a more rational approach to the current situation. Since last August 25th -when violence escalated- an estimated 90% Rohingya people from the Rakhine State has already left Myanmar to seek sanctuary, and it is believed that Rohingya ethnic cleansing might be just the first of future crackdowns against other minorities in Myanmar.

The situation in both countries is highly dramatic, and it is hard to anticipate its long-term impact. The massive and continuous influx of desperate people put to the test both resources and capacities to welcome newcomers in a country where 307,000 Rohingya had already settled after previous exoduses. Following the latest one, an estimated 1.3 million people are in extreme need of assistance in Bangladesh, and up to 200,000 people are in danger due to looming monsoon rains. Among them, there are at least 55,000 children and around 25,000 individuals in serious danger because they live in areas extremely exposed to floods and landslides.

Since MOAS’ arrival in Bangladesh, we have experienced every day what such an exodus entails for exhausted children, women and men after years of hardships in Myanmar and having survived a wave of violence that was compared to an ethnic cleaning. They all arrive in Bangladesh after inhuman journeys. The Rohingya tragedy highlights the inability of the international community to honour the obligations enshrined in the International Law and reveals national, regional and international egoism. 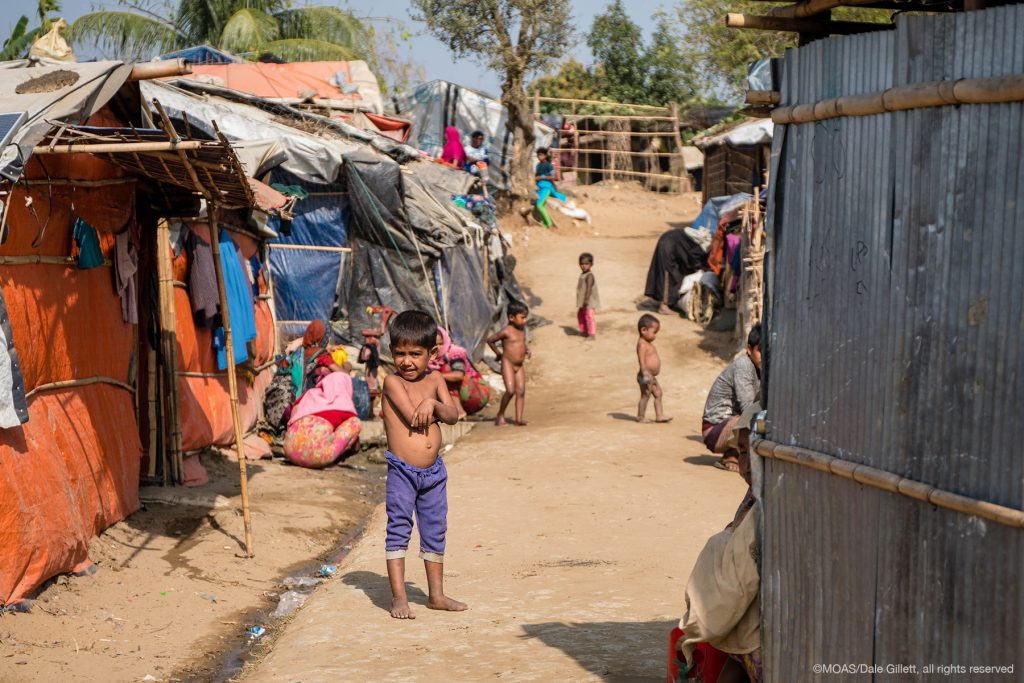 However, in spite of the geographic differences and details linked to the operational scenario, there are many elements that remind me of the European crisis. Even though Bangladesh is actually welcoming the highest number of the people fleeing Myanmar, the entire Southeast Asian region has to react to the Rohingya crisis. Similarly, the 28 EU Member States showed their incapacity to stick to solidarity, as defined by European founding principles. The result is that migration flows are not addressed in a spirit of cooperation and with the ultimate goal to safeguard human rights, but as a problem of the countries -mainly Italy and Greece- where most of arrivals are recorded.

So, the main risk is to prolong the current emergency approach in the long-run, and this would prevent any chance to find effective solutions both to the root causes of the exodus and to the inhuman living conditions in refugee camps where the massive number of arrivals put to the test local poor facilities, as well as the balance achieved.

In Bangladesh the first damage has already been recorded and concerns a progressive depletion of the environment. The equivalent to three or five football pitches are daily lost to build new shelters; clearcutting causes soil erosion, and wild animals are disoriented, becoming a threat for those who live in makeshift camps; soil and water sources are more and more contaminated with fecal matter, and this could likely facilitate the outbreak of water-borne diseases due to a lack of appropriate sanitation facilities; overexploitation of soil and marine resources together with the lack of good hygiene practices are seriously damaging habitats. Additionally, the monsoon season hasn’t showed its full strength with a potentially catastrophic impact.

As experienced in Europe on a smaller scale, the lack of long-term actions and programmes to tackle migration flows has devastating effects not only on fleeing communities, but also on local host communities sharing their limited resources with newly-arrived Rohingya without an adequate support to development. The indifference of the international community to migration flows will exacerbate the desperate conditions of those fleeing and its consequences on local communities are difficult to predict.

As seen in Europe, hostility will prevail over solidarity, war and persecution victims will be further blamed and marginalised instead of being safeguarded, and their desperation will provide fertile ground for terrorist groups.

Time is becoming a life sentence for the Rohingya at risk and the Bangladeshi host community. No matter what will be the outcome of the crisis and the monsoon season, it would be pure illusion to think that their consequences will be limited to a country or a geographic area. In a global world, the suffering of human beings has no borders, and no walls and wire fences will be able to prevent those in real danger to search for peace and safety. 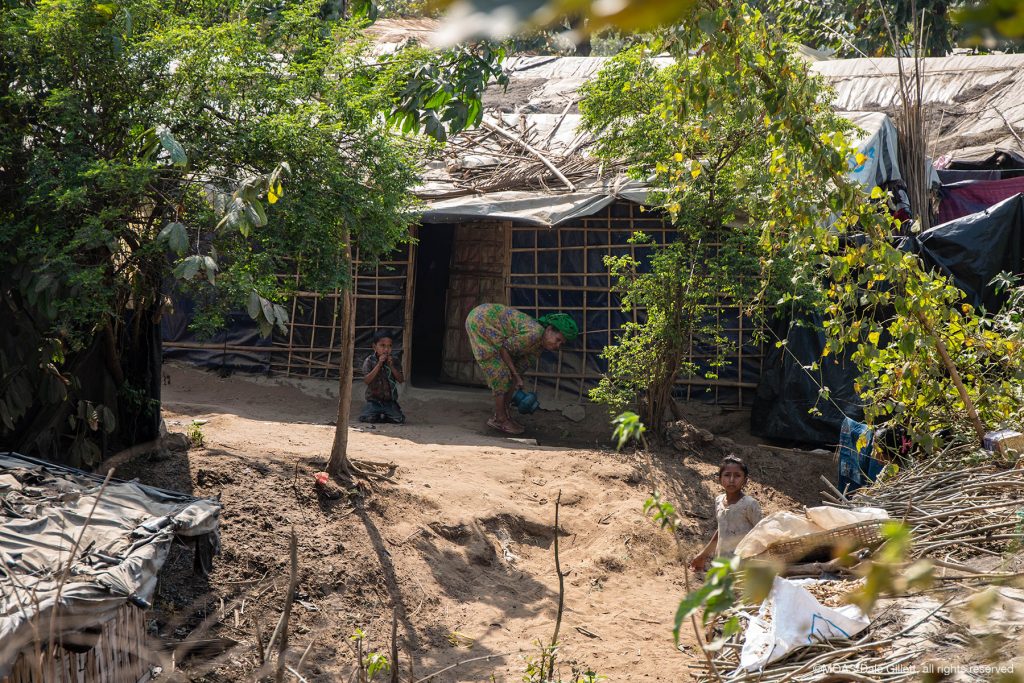